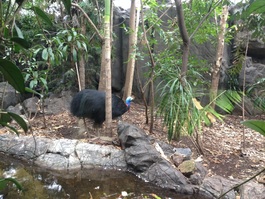 Where are they located? 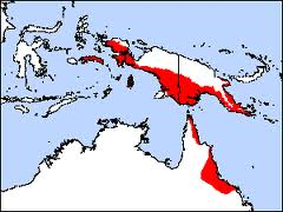 The cassowaries are generally located in northern parts of Australia such as Cape York Peninsula and Townville. They are also found in Papa New Guinea and islands surrounding it. The cassowaries like to live in mangroves tropical rainforests they prefer the wet tropics and the humidity. Approximately 89% of the cassowaries remain in their natural habitat and the rest are in zoos or other unnatural habitats.

Why are they threatened?

- By supporting global giving you are helping vets and doctors to do further research on helping the cassowary and care givers to look after the cassowary. You also help them out by donating money to the organisation to buy off the cassowary habitat to decrease modification and fragmentation. 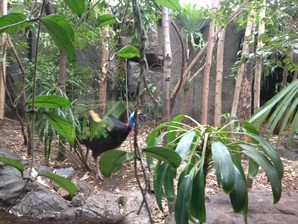 The cassowaries are currently endangered due to habitat modification due to human existence and building houses and factories. The two main threats that the cassowaries face is heavy traffic and animal threats such as feral pigs and wild dogs. The wild animals are not a huge threat to the adult cassowaries but they are a bigger danger to young cassowary chicks as they hunt them and kill them preventing cassowary reproduction. Due to new highways being built and new roads the cassowaries are being forced to live near civilisation not knowing how to survive and protect themselves against cars and traffic.
Powered by